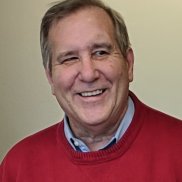 Thomas "Tom" A. Shiels, age 62, of Scroggins, Texas passed away unexpectedly on Sunday, June 30, 2019. Tom was born in Kingston, New York on July 1, 1956 to the late F. Willard and Lillian June Whitaker Shiels. Following high school, Tom attended Clemson University, where he received a Bachelor of Arts with high honors in 1978 and went on to receive his Juris Doctor degree from the University of Notre Dame in 1981. He had recently retired as a Partner at Matthews, Shiels, Knott, Eden, Davis & Beanland, L.L.P.

Tom was most well-known for his willingness to help others and serve his community. He was an active and passionate member of the Mount Vernon Rotary Club where he served as a Foundation Director and was named Rotarian of the Year in 2009. Tom was a Master Mason of the Mount Vernon Masonic Lodge #691, where he has served as Worshipful Master of the Lodge - following in the footsteps of his father. Tom was also a member of the Black Onyx and a vital contributor to the annual Heroes Banquet. Tom was a man of love, generosity and devotion as a son, brother, nephew, uncle, cousin and friend - a beloved member of the Mount Vernon community whose lasting impact will be forever remembered and profoundly missed by all who knew him or benefited from his many causes.

Tom is survived by one sister, Darlene Shiels of Mount Vernon; one brother, Ronald Shiels, and wife Diane, of Hurley, New York; devoted friend, Sandy Sariego, of Winnsboro; one nephew R.J. Shiels, and wife Angelica, of Arnold, Maryland; nieces Marissa Smith, and husband Matthew, of Baldwinsville, New York and Emily Gabriel, and husband Michael, of Bethlehem, Pennsylvania; by his adopted family, the Long's - Kevin and Rita Long, Linda Robinson, Marilyn and Bobby Elbert and their families; and by a host of other relatives and very special friends.

Tom is also survived by his two most faithful companions, his Shelties Lucy and Maggy. Tom will forever be lovingly remembered by his family as Notre Dame and Cowboy football fan enthusiast, for his quick smile and sharp wit, thoughtfulness, easy going nature, and generosity.

Funeral services for Thomas "Tom" A. Shiels will be held at 10:30 a.m., Saturday, July 6, 2019 at the First United Methodist Church of Mount Vernon (522 Texas Highway 37, Mount Vernon, Texas 75457) with Pastor Stephen Cotten officiating. A reception will follow the services at the FUMC. Tom will be laid to rest with his parents at Wiltwyck Cemetery in Kingston, New York. Visitation will be held from 6:00 - 8:00 P.M., Friday evening at Cameron Family Funeral Home (912 Texas Highway 37 South, Mount Vernon, Texas 75457)

In lieu of flowers, contributions in Tom's memory may be made to Mount Vernon Rotary Motivational Scholarship Fund.

We will always carry your memory in our hearts. "To live in hearts we leave behind is not to die." ― Thomas Campbell

Tom was a friend from our days at Clemson University. He was a terrific student and we are all proud of him when he got into Law School at Notre Dame. Tom was a good man and as I have discovered a heck of a lawyer. God bless his soul.

Tom's mother Lillian worked with me at IBM. She was so proud of him when he was at Notre Dame and kept all of her friends up to date on his accomplishments. So sorry and prayers for the family.

The services for Thomas have not yet been added. Please sign up below to be notified when the services are ready.

The attached photos are added to the memorial of Thomas "Tom" Shiels to help share their legacy.

Thank you for sharing your memory of Thomas