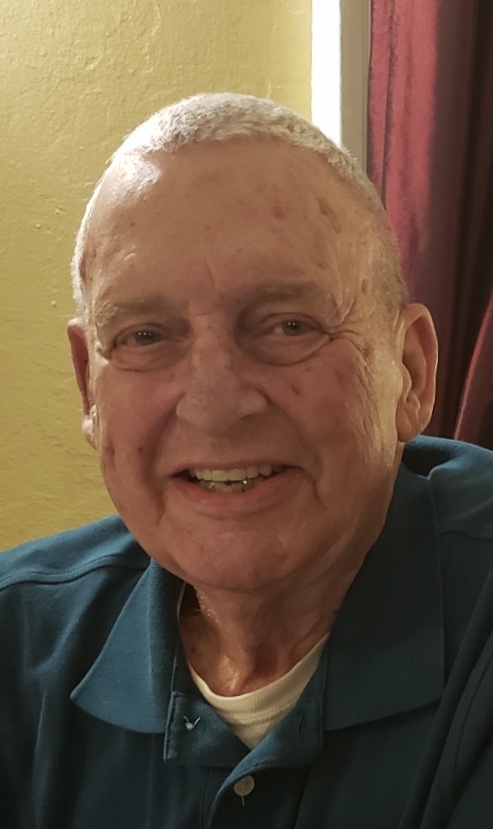 Bill grew up and spent his entire life in Kingston. Through the years, he was active in his church, Kiwanis, politics and loved a great game of golf at Twaalfskill where he was a member. Later in life, Bill and Nancy spent an abundant amount of time with family and friends at their second home in Schroon Lake, NY.

As an independent insurance adjuster, he owned and operated William B. Merrill Associates in Kingston for many years. Bill was a member of the St. James United Methodist Church in Kingston where he was a youth fellowship leader, Sunday school teacher and superintendent, and a member of the choir.

Bill is survived by his wife, Nancy Merrill of Hurley, his children, Diane Krein and her husband Harold of Hurley, Bill Merrill and his wife Jane of Hurley, his grandchildren, Laurie Sakhnovskiy (Sergei), Allie Constant (Andrew), Brad Merrill, Greg Merrill, as well as two great grandsons, Luca Sakhnovskiy and Beckett Constant and his brother in law Peter Brittain (Gail). He will also be missed by his Golden Retriever Ollie.

Arrangements entrusted to A. Carr & Son Funeral Home, Kingston, NY. In the interest of public safety and in accordance with New York State's Executive Order in response to the Corona virus, the services will be held privately. A tribute for Bill can be found at www.CarrFH.com, where you may leave memories and expressions of sympathy for his family.

There are no events scheduled.

Dear Nancy, I am saddened to learn of Bill's passing. You and Bill will always be a cherished memory of the years spent in the Mid Hudson Valley. May God continue to comfort you and the family!
Conrad Sloat, Austin, Texas

Dear Nancy and family, We were so sorry to hear of Bill's passing. He was a lovely man and a cheerful presence at the lake each summer. Our thoughts and prayers are with you all. Gary and Elaine McVoy

To the Merrill family, I leave heartfelt condolences. I think about the past, which seems like yesterday, and all the fun we had at Twaalfskill. May he rest in peace.
Rick Barthel

So sorry for your loss. I am Al and Lillian Conte's daughter and worked with them in our insurance adjuster business. Remember Bill fondly as my dad always thought highly of him. Again condolences to all. Sorry the way things are we can't pay our respects in person

We offer our thoughts and prayers to you during this difficult time.
Maureen Bowers & Family

It is with great sadness that I read about Bill's passing when I opened the Freeman this morning. I always enjoyed our interactions during his recent hospitalizations and thought of him frequently as I ran by the house where he and Nancy have lived on many early morning runs. He leaves a great legacy of wonderful family members who are grieving now but have many wonderful memories to recall.

We were privileged to know Bill as a neighbor and friend and will miss his quick smile and warm greeting. Bill loved his family and his many friends both here and at Schroon Lake and will be missed by us all. Rest In Peace, dear friend and may your memory be a comfort to your family Sincerely, Tim & Ann Stenson

The attached photos are added to the memorial of William B. Merrill to help share their legacy.

Please help memorize William B. Merrill by recording your attendance below.